The Prospect of Puerto Rico as the 51st State

It is a universal truism that Puerto Ricans are sexy; or at least, Travel + Leisure magazine says so. In the magazine’s annual “America’s Favorite Cities” survey, the Puerto Rican capital of San Juan ranked first for attractiveness. Interestingly, another ranking has gone unnoticed for over a century: Puerto Rico ranks first in the number of years as a colony. Characterized by a colonial period of more than five hundred years, Puerto Rico switched its colonial oppressors in 1898, following the Spanish-American war, when Spain ceded it to the United States. Since then, the island has been in a nonstop quest for self-determination. This quest has been marked by Puerto Rico’s “transition” into a U.S. Commonwealth in 1952 in which Puerto Rico had the opportunity to write its own Constitution, but complete authority still vests upon the United States Congress. Today, Puerto Rico stands as the territory with the longest transitional period between acquisition and annexation. The island has been the subject of many debates regarding the morality of the second-class citizenship imposed on the Puerto Rican people. These imperialistic practices by the United States should be archaic at this point in the twenty-first century; thus, the colonial status should be eliminated in its entirety. In the name of justice, it is time for Puerto Ricans to stand strong and united to call for change. And this change will be met, preferably, by achieving Puerto Rico’s annexation as the Union’s fifty-first state.

Although political leaders in the mid 1950s saw the Commonwealth as a transitional step, it had come to be a permanent one until Puerto Ricans called for change in November 6, 2012. In a territory-wide referendum that questioned “Do you agree that Puerto Rico should continue to have its present form of territorial status?,” 54% (958,915) of Puerto Ricans that voted favored a change in the current territorial status.

Those that stand for Puerto Rico’s decolonization favor statehood or independence. These two options are inevitably linked because they search for the self-determination of four million citizens. Accordingly, many people consider statehood as the logical and best alternative for Puerto Rico’s future. If Puerto Rico were to become a state, many positive changes would definitely impact the island. First off, Puerto Ricans would receive the same rights, privileges, and responsibilities that are currently being denied under territorial status: they would be able to vote for the president (although US citizens, Puerto Ricans do not have the right to vote in US presidential elections); they would have representation in the federal House and the Senate Congress; Puerto Ricans would pay federal income taxes and be apportioned certain benefits which are currently reserved for states; and Puerto Rico itself would receive increased federal funds similar to those that U.S. mainland states receive. At the same time, statehood would have a positive impact in Puerto Rico’s economy by providing added incentive and support for economic reform as a critical driver of economic growth. Additionally, Puerto Ricans that serve in the military would finally have the right to vote for their Commander-in-Chief considering Puerto Rico is proportionally one of the largest jurisdictions with men and women soldiers.

In essence, Puerto Rico has been the subject of modern American colonialism, and it is time to desist of this injustice. Although some may argue that Puerto Rico is not a candidate for joining the Union due to its different culture, those do not consider that Puerto Ricans have demonstrated that they are proud of being part of a founded upon principles of inclusion and diversity. However, Puerto Ricans are currently denied access to the quintessence of American thought: liberty and justice for all. When decisions are made, Puerto Ricans are not around the table. As Governor Luis Fortuño said “we should either be in or out.” For this reason, Puerto Ricans should make their voice be heard to assure that some day they have no reservations when declaring that they are part of “…one nation, under God, indivisible, with liberty and justice for all.”

*This article was initially posted as an entry to the Red & the Blue Blog at the University of Pennsylvania.

SAN JUAN,PR – As one of his last goals this past month the Puerto Rico Statehood Student Association (PRSSA) President, Gustavo Bravo-Morales granted Honorary Membership (with the approval of the National Board) to the persons listed below. Is important to acknowledge that Honorary Membership within the organization is extremely rare and is consider one of the highest honor within the organization, as of today there are no records of former honorary members making them the first ever to receive this distinctive recognition.

“I hereby grant honorary membership to the following individuals who are not eligible for active membership but who have demonstrated and sustained superior achievements that have contributed to our mission in reaching equality for Puerto Rico through statehood. The following also showed a great deal of commitment to our organization even after their active membership ended…” – said President Bravo in the letter of recognition.

Honorary Membership has been granted to:

Ref: As outlined in the PRSSA Constitution Article II, Section 2 “The National Board may accord honorary membership to former Active Members who continue to support the PRSSA and its mission of Statehood for Puerto Rico.”

PRSSA, founded in 1979 by former Governor Luis G. Fortuño and former Secretary of State Kenneth McClintock, has been known for its fierce defense of the cause for Puerto Rico’s statehood from a responsible, thoughtful, and inclusive point of view. In the most recent years, PRSSA supported the Estadistas Unidos movement and served as a sounding board for the association’s 30 chapters and 1,400 members.

“I would like to thank the outgoing leadership of PRSSA for the hard-work and commitment. Moving forward, we are mainly focusing our efforts in three areas: the reorganization of the association’s main structure; incorporating the Estadistas Unidos (absentee ballot movement) franchise into our initiatives; and encouraging educational events about statehood targeted to university and high school students.”, said Negrón Reichard.

PRSSA’s Support for Statehood at Today’s Discussion on Puerto Rico’s Status at the U.S. Congress

The Resident Commissioner of Puerto Rico, among other pro-statehood leaders, will defend statehood today at the Congressional hearing hosted by the House Natural Resources Committee’s Subcommittee on Indian, Insular and Alaska Native Affairs. This hearing will give continuation to previous congressional discussions on Puerto Rico’s territorial status, especially the Puerto Rico Statehood Admission Process Act (H.R. 727). The bill was introduced by Congressman Pierluisi, and calls for a decisive “up or down” vote on statehood for Puerto Rico.

PRSSA’s new leadership vows to eradicate the current undemocratic political status of the island, and educate its members on statehood as a viable alternative to the people’s right to solving the island’s issues. PRSSA believes Congressman Pierluisi’s bill establishes the proper mechanisms to administer a successful status plebiscite, given its effectiveness in outlining the transition process the island would undertake if it were to become a state, and its efficacy in instructing Congress to act pursuant to Puerto Ricans’ right to self-determination. PRSSA, composed of aspiring young leaders, highly regards the values that founded our nation, and expects leaders in Congress to act upon our requests. 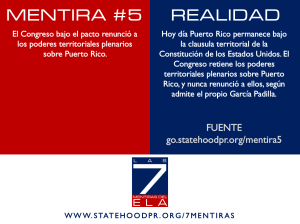 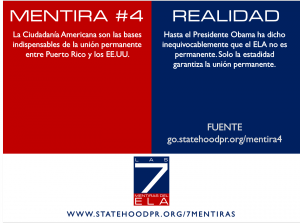 The PRSSA Constitution stipulates that elections will occur between the second and third weeks of May. This year's elections will happen on May 18, 2012.

We now once again, announce the process for the 2012 Puerto Rico Statehood Students Association National Board Elections. We can now announce that this year’s elections will be held on May 18, 2012, online through our election portal.